In the previous post, I wrote about how to get tokens from IdentityServer using a javascript client. In this post, I am going to write about how to use this token to get access to protected resources from a sample API.

As in the previous post, to achieve my goal, I used samples provided on the github repository. In this repo folder I found a sample API which I copied into my local repository. After this, I executed dnu restore inside the SampleApi directory.

The SampleApi works on a different port than expected (I expected it to work on 3860, but by default it was 5000) so I changed web command in the project.json file in the SampleApi to:

I could find this port in the index.html file of the JsOidc project. In this file, there is a handler for event click for the button Call Service. In this handler, the request is sent to the address http://localhost:3860/identity and this is the address on which my Api should work.

Then I was ready to run my application. I executed dnx web in three different directories simultaneously: IdSvrHost, JsOidc and SampleApi and after this I navigated to http://localhost:7017/ and I clicked Login With Profile and Access Token and I saw this screen: 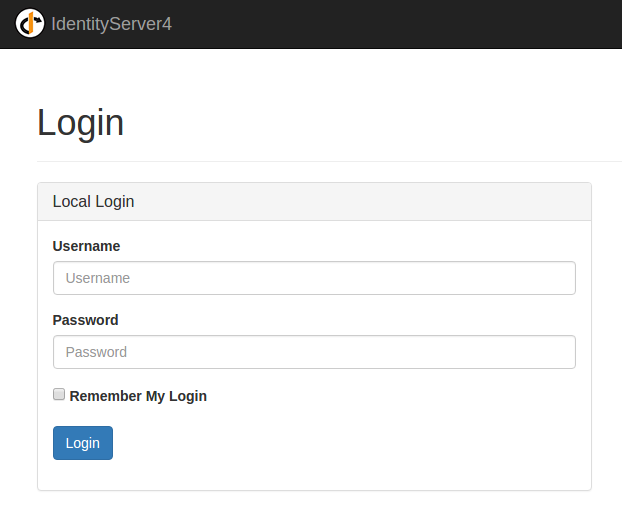 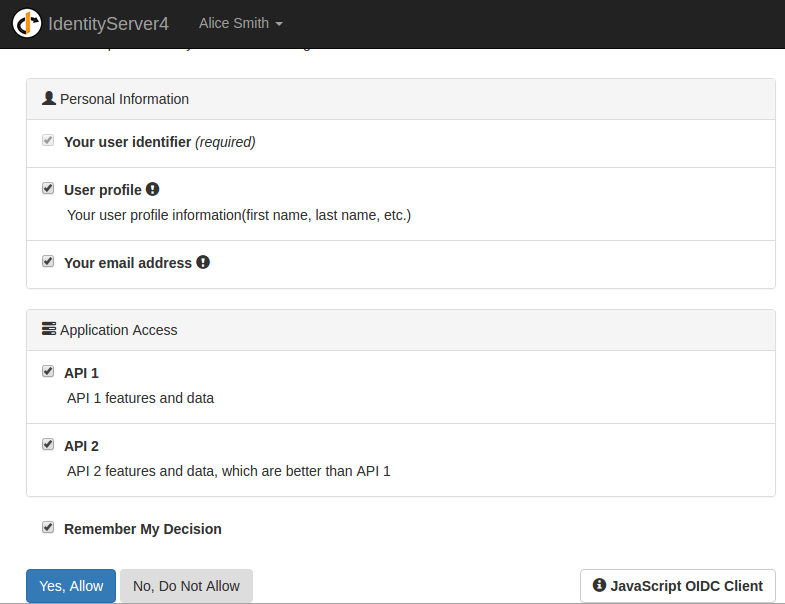 I clicked Yes, Allow and I was brought back to my JsOidc. The next thing which I did was to click on “Call Service”. After doing this, I saw a response in the pane Ajax Result, which looked like this:

This response contains users claims and this is how it was prepared:

I was really amazed by how smoothly I went through usage examples of IdentityServer4 on Linux. After my previous experiences, I was rather sceptical if this example could even run without errors on Ubuntu but they executed perfectly. By doing this example, I checked if I can use IdentityProvider4 as an identity provider for my application but as you may remember from my previous posts, I wanted to have Google as an Identity Provider. In a future post, I’ll examine if it is possible to combine Google authentication with IdentityProvider4.